Under the right conditions, tobacco will grow just about anywhere; every tobacco-growing country has its own indigenous tobacco.

However, in recent years, the Dominican Republic has easily become the world’s largest premium tobacco producer and is referred to as the El Rey (the king) of the Central American tobacco-growing nations, accounting for more than half of cigars sold in the US.

The Dominican Republic possesses the world’s best tobacco farms that can be found all throughout the country. Depending on what tobacco you’re looking for, will depend on where you will cultivate it!

Growing, cultivating and harvesting premium DR cigar tobacco is a very complex and detailed process and one that requires dedicated hard work and time. Let’s dive right in:

Why The Dominican Republic

Tobacco is better cultivated in tropical regions, with warm and humid climates, therefore the Dominican Republic makes for a fantastic home for tobacco. Tobacco thrives best in these climates simply because the leaves transpire less and their thickness decreases, making them finer.

The center of the Dominican cigar production is in Santiago, home to Tabacalera La Aurora, the country’s oldest cigar factory. The DR's most prized tobacco growing area begins on the outskirts of the city of Santiago, often called the Yaque Valley.

The region is popularly called the Yaque Valley, for a river that flows through its heart. The river is about six miles wide and is blockaded by two mountain ranges, the Cordillera Septentrional and Cordillera Central.

The best tobacco is grown closer to the foot of the northern mountain range, Cordillera Septentrional, thanks to its great drainage, rich soil and fresh mountain air.

Other quality tobacco is also grown farther west, but most tobacco experts agree that the best is located in the northcentral part of the Dominican Republic.

The Dominican Republic is a popular place for tobacco production, as we know, because of it’s a lush terrain and tropical climate.

In the Dominican Republic, the Piloto Cubano (Havanensis) is without a doubt the most popular variety and is used for the production of cigars. There is also a premium selection of leaves produced as wrappers for cigars.

There is a specific process that goes into cultivating and harvesting tobacco for premium cigars. 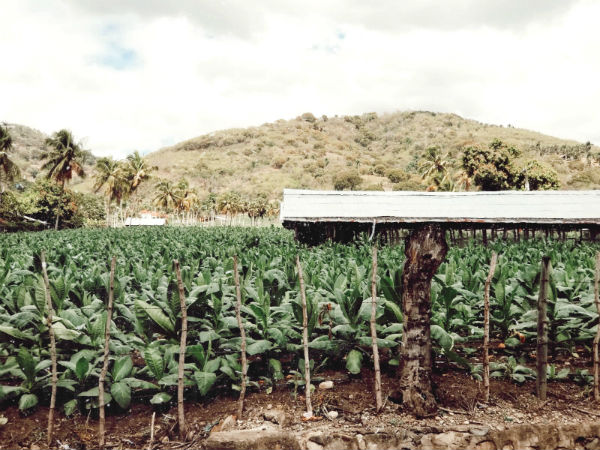 Tiny tobacco seeds are planted into seed beds and cared for in greenhouses before the seedlings are transferred to the tobacco fields- all by hand. This process takes about 60 days all on it’s own.

Digging up and transferring these seedlings to the fields is no easy feat- many of the plants are destroyed and lost in the process. Once the tobacco plants in the field reach the desired maturity (6 to 10 feet in height), the leaves are harvested in groups, called primings.

The first leaves to be picked are the called the first priming. These are the leaves located closest to the soil, protected from the sun by the leaves that are up higher on the stem.

As a result, the leaves from the first priming are very fine, with thin veins and a light flavor. Most other tobacco-producing countries refer to them as Seco leaves but are referred to as Volado leaves in the Dominican Republic.

The leaves are increasingly thicker, more flavorful and stronger, as they continue up the stem, because of the nutrients they receive, and natural oils they possess. The leaves found on the middle of the steam are the Seco leaves, and the leaves from the highest priming are called Ligero in the DR, or Viso elsewhere.

After the first priming leaves are harvested, each plant will be continually monitored for maturation. Once ready after a given period of time, the second, third and higher primings are harvested.

In total, the entire growth period of a single tobacco plant, if all goes well, is about a 4-5 month process, which does not include the curing, fermentation, and cigar rolling processes! But don’t be fooled- the tobacco harvesting and curing times are not an exact science.

There are many factors that can affect how long tobacco cultivation may take- the weather, tobacco seed variety, etc., will all affect the harvest time.

Curing and Fermentation of the Dominican Tobacco

Once harvested, the tobacco will spend another 40 to 60 or more days in a curing barn, where it will spend an approximate month to dry, turning from a vibrant green into a rich dark brown.

To remove certain impurities and to pull out the hidden richness of the leaves, cigar tobacco needs fermentation.

Primed tobacco leaves are put onto lathes, or cujes, and hung in the barns. Some tobacco farmers may use sewing machines to attach the leaves to the lathes, but in most of the Dominican Republic farms, the leaves are sewn or tied by hand. 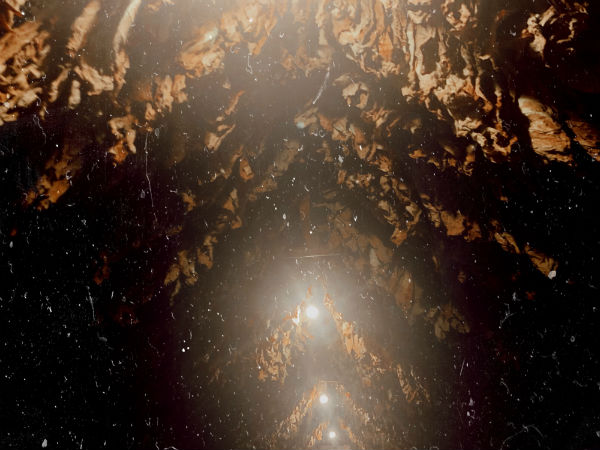 While this cured tobacco looks appealing, it is certainly not ready to smoke.

At this stage, it is full of ammonia and other impurities that would make even the most hardcore cigar aficionados a bit sick if they were to smoke it.

Dominican workers take the cured tobacco leaves and lay them on a platform, building waist-high piles known as pilons, or bulks, that can contain thousands of leaves. The leaves contain water, and the pressure of the pile—which can weigh up to 5,000 pounds—creates heat, which transforms the properties of the leaf.

Should you walk into a tobacco fermentation will be an eye-stinging experience, thanks to the ammonia coming off the bulks! Woo-wee!

Fermentation can be quick or lengthy, depending on the type of leaf being worked. Thin, mild leaves such as Connecticut shade go through the process in a just a couple of months.

Thick, brutish leaves such as broadleaf require a bit of elbow grease to work into shape.

After this, the aging process can begin, which luckily requires less humidity and a smaller space.

Once completed, the tobacco is packed into bales of cardboard or wood that weigh around 200 pounds apiece. By this point, the tobacco is quite dry when put into the bale.

The goal of packing the tobacco into these bales is to further the aging of the tobacco- slowly maturing and mellowing out the flavors.

Once the fermentation and aging processes have been completed, the real action begins- cigar creation.

Many factories have also advanced this process with machinery as well, bunching together the tobacco leaves in a machine, before sending it off to a roller, or a rolling machine.

In most Dominican factories, you can expect the whole process to be hand bunched and rolled.

This is called the Entubarmethod.

This is where a tube is made with each individual leaf of a particular cigar blend, prior to bunching all of the leaves together; this assures that the cigar will burn evenly and have a ideal steady air flow.

Once the bunch is made, the worker then covers the tobacco filler with the appropriate binder leaf for that particular cigar. The cigar bunch is then ‘pressed’.

The bunch is placed into a wood or plastic mold, which is put into a bunch press where it receives even pressure on all sides, in order to achieve the desired shape and size needed for that particular cigar.

After the bunch is completely formed and pressed, most factories will then preform a Draw Test, where each and every bunch is tested for even draw.

Upon passing the Draw Test, the bunch is passed along to the final stage of making a cigar- the rolling process.

The rollers pick and chose the best wrapper leaves to roll the cigar bunches in. These are sliced by hand with a half-moon-shaped blade called a Chaveta.

The roller then uses his magical touch, stretching the wrapper carefully around the body of the bunch, taking immense care to make sure that the leaf is tightly wound around the bunch from head to foot.

A natural vegetable glue is most commonly used to hold the wrapper in place. Of course, the last and most tedious step of rolling a cigar is applying the cap.

And waa-laa, you now have a perfectly rolled Dominican cigar.

Lucky for you all, Mardo Cigars offers a wide variety of luxury Dominican cigars. Some of which include:

All of these delicious Dominican blends can be found on mardocigars.com/products.

Check them out- and don’t forget to sign up for Mardo Money Rewards!